The Pianist and the Rain again 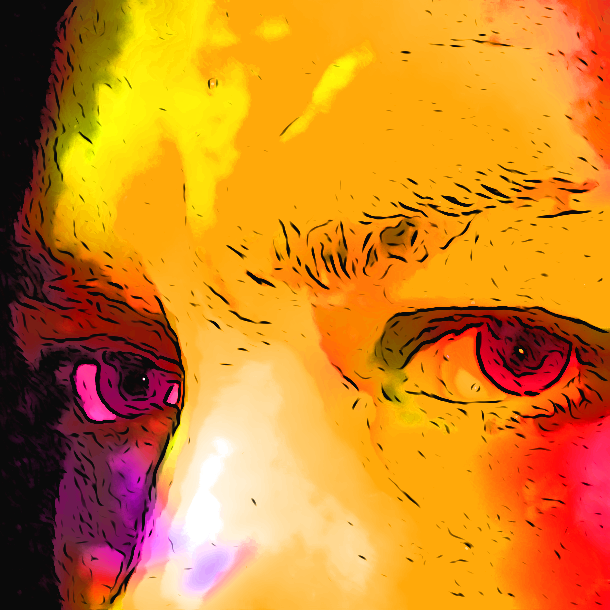 At the end of April in 2012, we had a storm. I remember it well. I imagined a pianist playing in both competition and harmony with the rain, and these words summed up those thoughts.

This is simply ‘Pianist and the Rain’.

The pianist plays as the rains come down.

Thunder. Now birdsong. Raindrops galore.
Both nature and musician need to give more. 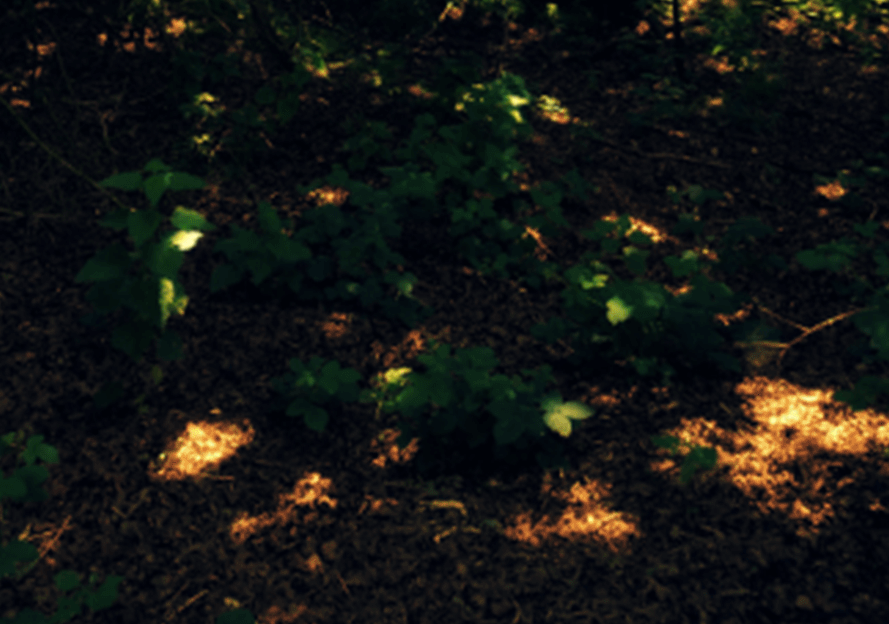 just before the sun goes down the hidden folk start to play in celebration of the end of day they dance and sing in glee with joy in anticipation for what comes their way they love the time of the fading light and with gratitude they hide away then the stellar folk fly away Today’s post is brought to you by a form of contemporary dance. Mostly the aspects of unpredictable changes in rhythm and speed, jerky directional movements and sudden falls and recovery, it is interspersed with a jolting head-bobbing movement and rapid eye-blinking. Water is on hand for thirst-quenching properties and painkiller takeage alike.

Legwork is calm and controlled.

Nimble fingers gingerly tumble effortlessly and meaningfully across the alphabet’s letters randomly – yet uniformly – arranged across a touched and well-loved keyboard. Well-worn keys shine with a well-used gloss (the word ‘well’ used, well, exceptionally well…) whereas the ‘Z’ key and the key with the Windows symbol are perfectly untouched. The left shift key is now almost a blank key, with the faintest remnant of the arrow barely visible upon it.

Up and down work fingers and key alike, each key press reverberating a thousand times like the building crescendo of an orchestra of drums and cymbals, crashing and rasping and suddenly fading… until the next key press.

Eyes water with each clattering keystroke, words appear on screen then disappear through the tears of the one remaining open eye.

Breathing is deep, and controlled.

Keys, whether almost stripped bare or still cloaked in their alphanumeric mask, assist with getting the message across.
Capital P.

Slightly over-exaggerated references blur the message as the headache blurs the thought processes.

Every muscle in the upper part of the body is tense, deep breaths aid relaxation.

Painkillers help with the headache.

And sleep, I’m sure, will help with the rest. The Sound of Summer! All the Small Things!

The Sun is blazing. Sizzling in the clear blue sky above. There isn’t even a wisp of a cloud anywhere in sight in that vast open space that goes on and on forever.

The temperature is soaring. The birds are chirping merrily in the trees. Squirrels bound about from tree to tree, seemingly without rhyme or reason – but they know what’s going on.

Walking passed a park, a band is playing joyously in a bandstand. Crowds of people are gathered around, happily eating ice-creams and dancing along.

Remember to take in the moment. Do not miss a second. Do not even blink.

Blink? Blink! Here’s Blink 182 with All the Small Things! (The song the band in the bandstand are playing):

And here’s a slightly different version by Avril Lavigne:

So. What’s all this about? you wonder. Then, wonder no longer!

This year, I’m running a poll to find the Beyond the Sphere Sound of Summer, from a handful of (well, six, actually!)  selected songs borrowed from elsewhere on the internet and embedded here. The songs are used to invoke a Feel Good vibe and to promote that Feel Good Feeling! It’s the Little Things that combine to make a greater good!

Well, that took longer than I thought it would.

In my post earlier, I explained how I accidentally created a crack in the sky that was seemingly visible all around the globe. I’m pleased to announce that the crack has finally been closed, and things are back to how they were before. As you can see in the above picture, taken in the same place from the Grinds as earlier, the crack is no more. I’ve just remembered to take this photo, hence it being a little dark.

Before I managed to resolve the issue at hand, I prepared myself so I could pull some hair out if needed: 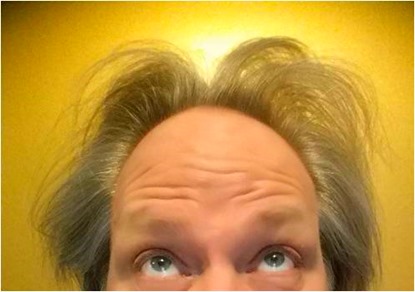 That wasn’t necessary, however, as I suddenly had a Eureka! moment. I remembered a gift I was given many years ago, which I was told would come in handy should I ever need to use it. It could only be used once, however, and only in a time of great need.

If today wasn’t a time of great need, I couldn’t hazard a guess as to when would be. How opportune that I should have had that lying around, forgotten about for all these years.

Anything and everything could have slipped through that crack, in or out, so time was most definitely of the essence.

And essence… well, that leads me onto the next part!

Seconds after causing the greatest split in the existence of everything, I ran down to the Vestibule and flung open the doors of the little wooden cupboard that’s in there. And on the bottom shelf, in a locked wooden box with the key on top, was my gifted gizmo. An ancient Egyptian tablet with mystical and magical qualities.

Legend has it that once anointed with Essence of the Kings and Queens of the Elders, the tablet would spring into its magical life and resolve the pressing issue that the holder is focusing on most. Luckily for me, I didn’t need to remember this legend, as it was written on a small card inside the box with the tablet.

I removed the tablet, which was extremely cold… and extremely heavy. Far heavier than the box was with it in it, which I didn’t even notice at the time. 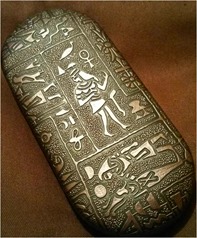 The tablet was a mix of metal and stone, with figures etched into it. The picture over to the right is actually a glasses case, but the tablet was of a similar size, although less rounded, with remarkably similar inscriptions.

Now I had the tool needed to do the job, and the instructions to do it, all I needed to do now was the job itself. Then I suddenly remembered the ‘essence of the Kings and Queens of the Elders’ part. Where on earth was I going to get this essence from?

I contemplated trying to create one in the Laboratory, but then thought again. I wouldn’t even know where to start creating an essence of an ancient king and queen.

Then a thought struck me once again. Ingenious! I wondered why I hadn’t thought of it before then, but then realised that somehow, the amulet was talking to me – helping me!

I ran back to the Living Room, and sprayed the contents of the can into my hands, and rubbed this into the amulet, whilst concentrating on closing the crack.

The amulet started to get warm, then glow, then pulsate.

The amulet stopped doing its thing. I looked at it, and noticed it was now merely a lump of decorated rock – useful for a doorstop, I thought.

I suddenly remembered the crack. I ran outside the Mansion, to find this: 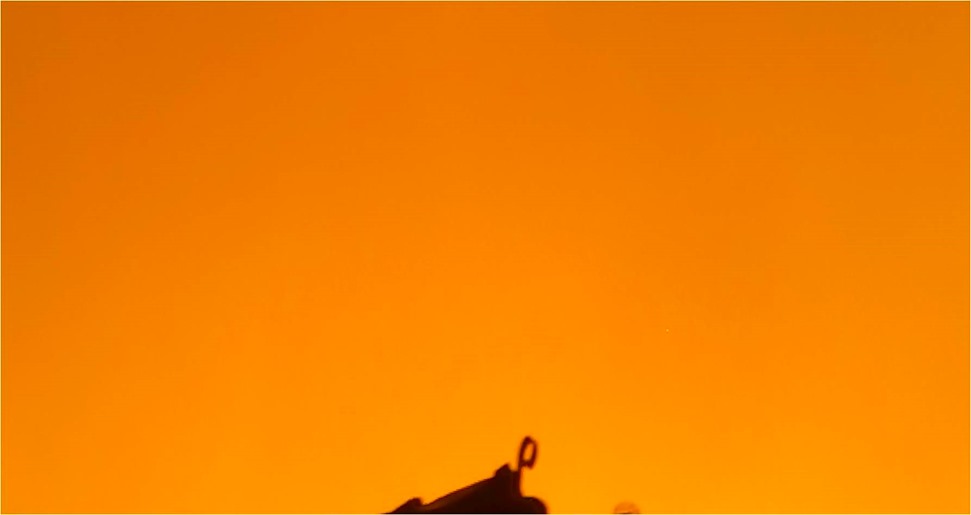 That’s the corner of one of the Turret’s rooftops there, I know it isn’t clear, but I quickly snapped the picture. The sky had turned gold. Well, yellow actually, but gold sounds better. There wasn’t a cloud in sight. And also, it was eerily quiet. No noise whatsoever. I tried to speak – and my words came out silent as well. Most odd.

Now I started to panic a little. I thought I’d destroyed the world, all by trying to fix a small crack on a tile in the Bathroom. I’m used to things not working out exactly as planned whenever I do DIY, but never imagined anything like this happening.

Feeling very dejected, I went back into the Mansion, and sat in the Living Room and just stared at the wall. I think I was there for an hour – maybe two – when I realised that nothing catastrophic seemed to be happening. I went outside again, and, to my relief, things were more back to normal. Where the crack had been earlier, there was now a rainbow. And the yellow sky had gone. 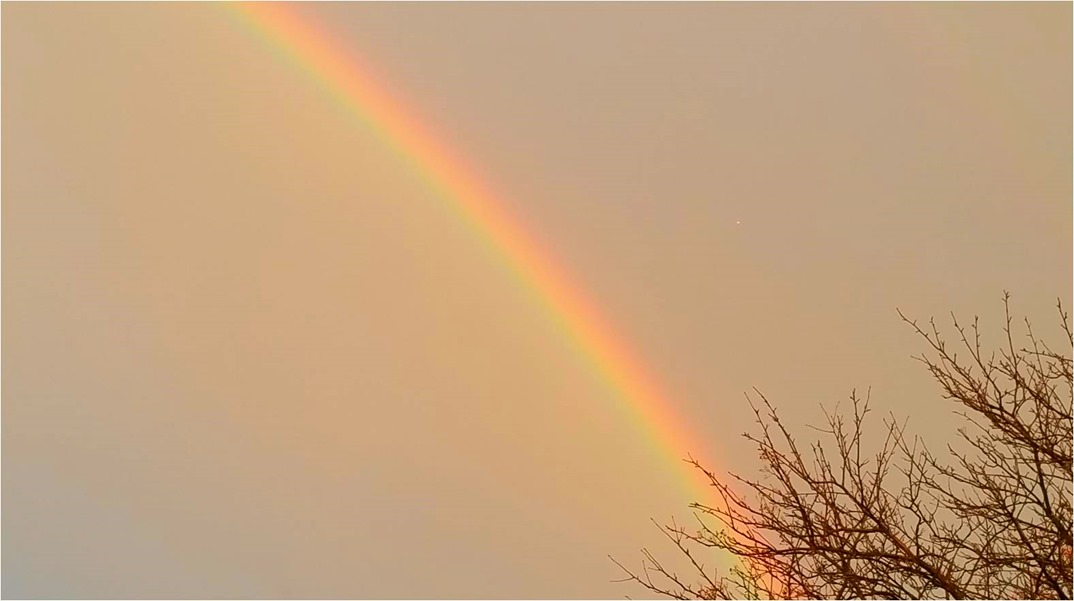 I danced a little jig, out there in the Grinds. Sinister Bunny hopped over, and took one look at my dancing and darted away at breakneck speeds – I’ve never seen a rabbit run like that before.

I felt very good about myself. Single-handed, I’d managed to save the entire Universe – if not all of existence – in one Saturday afternoon. I thought I’d take a smug Selfie of myself to celebrate, and dashed to the Bathroom to take it… the light’s better in there. 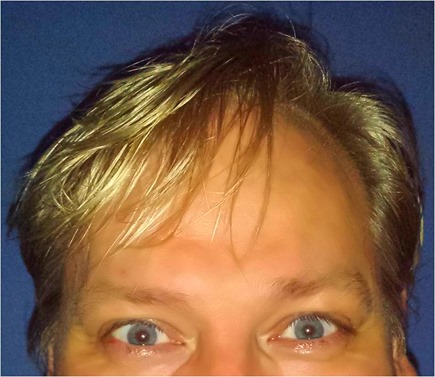 It was whilst I was in the Bathroom that I happened to notice that the crack had returned to the tile once more. I decided there and then to leave it as it was. I’m not even going to bother using grout to fix it… It can stay there for as long as it likes… I thought as I walked out of the Bathroom once again. And there, before me, on the door, was the reason why I wanted to fix the crack in the first place: 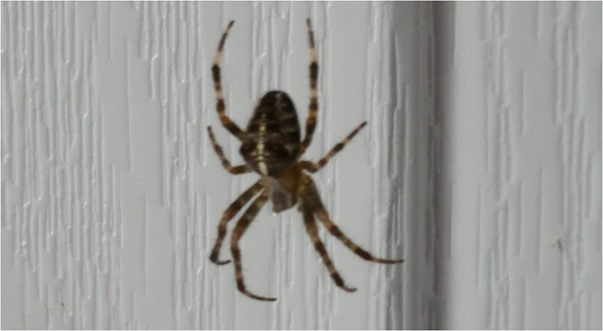 That can stay too… I thought. I then went to get something to eat, write a couple of rhymes to post next week, and then got to writing this.

It’s my own fault, though. I did say the other day that things are normal around here, didn’t I?