Beauty and the Beast

But which is which? And who is who?

The witch and her cat suffered an unfortunate side-effect when her simple splicing spell went horribly wrong. 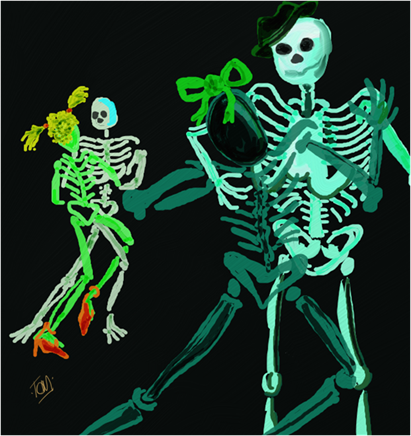 Out of step
Out of time
Out of rhythm
Out of mind
Wrapped together
Bones entwined
They do it badly;
The Skeletine

Do they Tango, Twist or Waltz?
Whatever they do, it’s without clothes
Apart from a hat, or maybe shoes
They simply concentrate on their moves
Naked clicks when bone meets bone
Rib cages lock without a moan
Legs outstretch and don’t snap back
Bony fingers creak and click and crack
They’d be a sight if they were seen
Dancing badly at the Skeletine…

E or I? Which is right?
E’s the place, and I’s the sight.
One’s a dance, the other’s a theme
Put together, a real scream…

A bit of nonsense (just for a change!) for my third Halloween post. So far, we’ve had zombies, mummies and now skeletons. I’m wondering if there are enough monsters to get us through to the 31st? Well, there should be. Erm. Yes.

I may do a serious post tomorrow about the weather or something, just as a fill in.

Eyes of the Museum 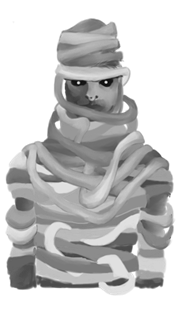 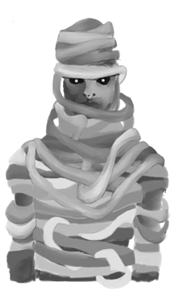 When the last
Of the visitors
Leave

The ghosts from
The relics
Of Yesteryear

Dance by the
Rhythm of their
Hearts

Standing guard
Every night are
Two who never miss a thing

The other, much to his dismay,
Is the king him Very Self

Mummified, unable to move, nor sing, nor blink, nor dance
They merely have to sit and watch, as though they’re in a trance

Trapped and wrapped and strapped
But desperate to be free
Not for revenge or repercussion
But to join the others
…And parteee!

Queenie noticed the bus approaching in the distance, over the brow of the hill.

“That’s an old bus” she muttered to herself as she rummaged through the stack of old Lottery tickets and sweet wrappers in her handbag, looking for her bus pass. She didn’t speak aloud, although there was nobody else with her at the bus stop.

There was a distinct chill in the air. Queenie shivered as she realised winter wasn’t far away.

Within a matter of minutes, the bus had arrived. Queenie actually thought the bus was going to drive straight passed her, but she realised that the entrance to the bus was at the back.

Without paying much attention to what she was doing, she grabbed hold of the bar to pull herself onto the bus, and was instantly reminded of a terrible day many years ago.

Pushing the thoughts to the back of her mind, she stepped onto the bus and held her bus pass up to nobody in particular. She was so used to doing that when she got on to the buses at the front, it came natural to do so at the other end as well.

She found an empty seat, sat herself down and made herself comfortable.

The bus had only just started when Queenie noticed the rotting and rancid smell. She looked up, and saw that a strange green mist had descended outside, and the mist was licking at the opening at the back of the bus. It was at the point that she realised the bus had turned into a road on the left and had started going downhill, whereas it should have travelled straight along the road.

“Excuse me,” she looked at the person sitting opposite her, “Is this the number one?”. She realised the rancid smell wasn’t from outside, but from this person. All of the passengers, in fact.

They were zombies. Creatures of the night. Even the young girl at the front of the bus who looked like… No.

Queenie pinched herself. “Fancy dress,” she thought, “Not far off Halloween now”.

The young girl looked around, and laughed childishly and maniacally.

“Queenie, you never paid any attention to what you did, did you?” The young girl’s head was at a funny angle to how it should have been.

“B-Bess?” Queenie stuttered. “After all these years.” She noticed Bess was staring at her.

“This isn’t the number one, Queenie. If you’d have checked the number on the front you’d have seen it’s a special bus, a contract bus, contract 42. The Eternal Circular.” Bess still held her face in a contorted smile. Her eyes filled with a frighteningly sinister glee.

“This is the bus you tied me to when we were little.” Bess continued. “You made me be the dog. You tied me to the bar on the back of the bus with the rope. The bus was the number 42. The bus drove off with me attached. You must remember, Queenie. You must.”

“That was an accident. We were young. They said you were OK.” Queenie was flustered.

Bess sat herself down next to Queenie. “We’re going to have so much fun. You can be the dog today.”

Horrified, all Queenie could do was look at the bruises around Bess’ neck.

“Why didn’t I check the number?” She thought as she realised she was now stuck on this eternal circular, heading nowhere fast through a thick green mist. With zombies. 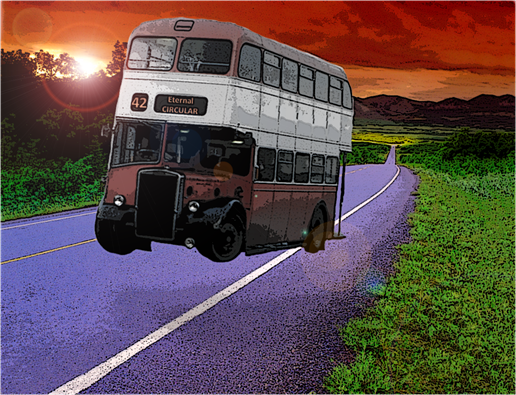 Halloween post number one done and dusted. The inspiration for this little tale came to me as I was driving earlier today, and a modern-day bus passed me. It’s number? I hear you ask: Contract 42. I’ll try for a little humour in my next post. Kind of.