Confidential memo to all staff

We can’t have that.

I can’t have that. I’ve already given up the beach villa and that is all I’m prepared to do.

Get those single people back on the books, get them paying monthly, get them meeting all the wrong types, keep them single.

But importantly, keep them happy.

Give them a free week. Show them we care.

The new flyers with the increased prices will be printed next week. We also need to recover the cost of printing the new range of cards, and the black roses.

And don’t forget I’ll be away on holiday for two months from February 5th.

If this agency fails, it will be down to you.

Something tells me that Miss McRee isn’t particularly keen on this time of the year. I really don’t know why…

There’s always chance for a new start. Or a restart.

Just stop. Say to yourself “Hang on, I don’t want things to be this way. I’m going to do what I can to make sure things are different.”

I say that to myself on the odd occasion. Sometimes, I do change and then change again. Other times, I find myself going back over old ground for some reason, and then tell myself off for failing so miserably. I try my restart again, fail again, and beat myself up again.

I’m trying. And, for the shortest of times, I do change. I just need more practice at being the new me, that’s all. That’s all it takes.

As time went by, more and more people added me as friends, including some who simply wouldn’t give me the time of day anywhere else. One of them, I’ll name Tracey-Ann Splopp for anonymity reasons, added me just to increase her followers number I would presume.

She was someone I went to the same school as. She was one of those who were friends with the bullying mob. She’d laugh with the bullies who’d give out their vileness, and would say nothing if she was by herself. She would never speak to me at school. As far as she was concerned I wasn’t there.

One of my friends at school, who I’ll name Judith O’Grotty also for anonymity reasons, was very clever. As I was friends with her, and in some of the same classes, I was guilty by association, and was considered ‘clever’ as well. Which probably added one reason for the bullying, but I can’t be sure.

Anyway, I got through school. Hated every day, but got through it. I would never need to see the likes of Tracey-Ann Splopp ever again.

And I didn’t, until she added me as a friend on social media. She’d also added Judith as a friend as well, either just before or just after adding me.

One day, Tracey-Ann Splopp was involved in a heated debate with another of her friends, about a flower or something. Nothing Earth-shattering, but for these two going at it hammer and tongue it would appear it was.

Unfortunately, Judith joined in the conversation.

Tracey-Ann Splopp instantly turned on her, and wrote, in capital letters, that she couldn’t stand her, she had no right joining in the private conversation (on social media), and she was going to unfriend her (or is it defriend? I can’t remember now). Judith simply responded “LOL! Chill out!” and I’d had enough.

I didn’t read any more.

That was one of the reasons why I closed my account. We’ve been left school for almost a quarter of a century, and she was still acting that way.

That, and the fact that I saw her in hospital once. We we’re both visiting, me, and Tracey-Ann Splopp. We walked down a deserted corridor in opposite directions toward each other. I smiled, trying to build bridges for the past and move on. Tracey-Ann Splopp glared at me, and looked away as though I never existed.

And she was the one who added me as a friend!

There’s always chance for a new start, but for some I feel it may be beneath them. That, or it’s too late; although hopefully not. 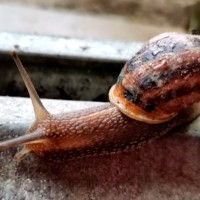 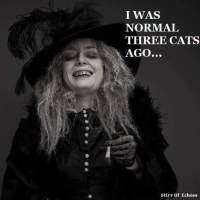 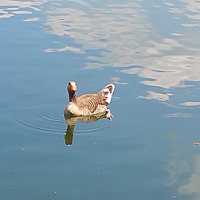 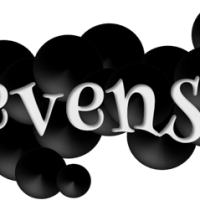 The Elephant in the Room