Posted in response to Icewolf’s post, Shifty Mansionic Dimensions. As far as Cosmic Dimension Shifts of possibly cataclysmic proportions go, this could be quite catastrophic, given the chance. This is the continuation to the first part of the story, although there is also the possibility this is the first part, merely posted out of time. 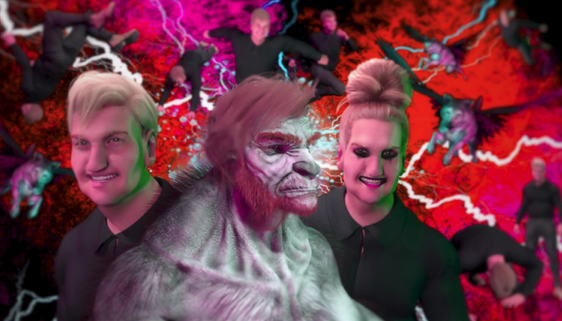 The wolf gargoyle, still viciously snapping its metallic jaws, vanished behind the entrance to the portal which closed with a gloopy, slurping sound, rather than the expected cataclysmic explosion.

Within the void, everything was everywhere. Dreams were real, reality, dreams. All versions of everyone were falling, floating, flying through the vast expanse of lights and darkness, warmth and cold. Lightning strikes were abundant, although they were just striking nothing.

Tom noticed his Inner Beings were free. Thomasina, his Inner Woman, was falling, desperately trying to grab hold of Tombie, the Inner Zombie who was falling nearby (although that wasn’t a particulary good idea, as Tombie also had bits falling off him!) Fingers, the Inner Typist, the Inner Leader of the Opposition, and the Inner Child were also falling in various places within the void. Tom realised he too was falling, and there was another just above him. His Inner Werewolf. The part that had been hidden for millennia was now free.

There were pixies… fairies… elves… gremlins and goblins… and gargoyles all free. All falling.

Tom looked closer at one of the elves. It wasn’t an elf at all; it was a tommyknocker, a mischievous miner who foretold of collapsing mines.

Tom realised the portal he’d leapt into from the Bathroom wasn’t a way out from the Mansion, but a way into his mind. He realised his Inner Beings weren’t free at all, and he’d actually joined them inside his own head.

He thought a very dark thought. What if the tommyknockers were there to forewarn of his own collapsing mind, and not a collapsing mine. He’d been known to get things wrong in the past, and the two words are remarkably similar.

He shook his head to remove the thought. He knew that thoughts create reality, and this was certainly not the reality he wanted.

He tried to stop falling, by concentrating on flying. There was no sign of any kind of ground, and he didn’t want to fall to infinity. He realised his thoughts were working. His fall was slowing, when suddenly it stopped. He hovered, as all the other beings continued to fall around him.

One by one, he saw them realise they too had control of their own destinies, and, one by one, they stopped falling.

He noticed Thomasina grab hold to Tombie, and he presumed she’d told him to pull himself together, as his disembodied fingers and limbs started to reattach themselves to him. Fingers caught hold of a passing winged wolf, realised what he’d done, and let it go again. He started to fly under his own steam, and, realising it too could fly, the wolf did the same.

The boggarts, elves, gargoyles everyone and everything had stopped their fall… except the werewolf. Tom could see it, way down in the distance, flapping its arms desperately, but not stopping.

A tommyknocker closed in. With a menacing look, as menacing as a large-headed little elf-like being could look, he said, “you must save the wolf to save the world.” And with that he vanished from view.

Tom noticed one by one everyone was vanishing; fading out from this surreal existence. The lightning was more intense, more ferocious. He watched Tombie look appealingly at Thomasina, as he faded into a blue mist. He saw Thomasina disappear into a red mist. Fingers vanished into a yellow dust.

His Inner Leader of the Opposition: gone.

Tom looked down and saw his Inner Werewolf still falling – he must be outside of the vanishing point. Tom realised, however, he was still within the vanishing point, and flew at speed to try to catch up with the werewolf before it was too late and he too vanished inside this void within his own mind.

Another winged wolf passed and howled as it disappeared inside a cloud of orange.

Lady Tomette, another of Tom’s Inner Feminine Sides sang a couple of lines from Roxette’s Joyride, reaching “it all begins where it ends…”, as she vanished into a plume of purple.

Faster downward, Tom flew. He wasn’t going to let his Inner Werewolf get away, although he realised he was in a dream state… the faster he flew, the further away the wolf went. He stopped flying, and then, slowly, started again. He was now catching up to the wolf.

As he was flying slowly now, he could see other things around him, just before they faded into wherever. Buildings. Vehicles. Rivers. Random things. Random memories.

He realised these were his memories. They were being erased right before him. He had to get that werewolf.

Slowly but surely, he got to the Inner Werewolf, who was still frantically flapping his arms having not yet realised if he used his mind he could stop himself from falling.

Tom grabbed out to one of the arms – and missed. He reached out again, and this time he caught the rough leathery skin and held on tight. The weight of the werewolf started to pull both of them down, so Tom concentrated with all his intent to stop them both falling.

Another building came into view; the Mansion!

Tom waited until he could see the front door, and flew toward it, still carrying the werewolf. He could see the wolf gargoyle door knocker still in place, with a mocking grin on its face. He ignored it, and told the werewolf to knock on the door instead. He laughed, as he thought ‘that’s one way to use my head!’

The gargoyle door knocker appeared to bite out at the werewolf, and stopped. Tom thought it must have realised what happens where a bite of a werewolf is concerned, although usually it’s the werewolf doing the biting.

The door to the Mansion flung open with such force, Tom and the Inner Werewolf were sucked inside and the door slammed shut behind them.

The werewolf howled as he saw Thomasina, Fingers, Lady Tomette and the Leader of the Opposition all sat on the Grand Staircase. Tombie was sat at the top of the stairs on the Landing. He was sure the other Inners would be around somewhere.

At the bottom of the stairs, Tom noticed a small device. A bit like a phone, but not. “I remember this!” he said, as he picked it up. He pressed an icon on the screen, which opened the Tomipedia App, and after a burst of an introductory melody an extremely loud voice could be heard.“It would be wise to follow the heeding of the tommyknockers.”

Tom switched the device off, as he’d already done what the device was telling him to do.

He looked around, and with all his Inners back in one place, he’d saved his reality.

Only… he was still inside his mind.

A loud rumbling could be heard from the Bathroom upstairs. The tentacles of a giant multi-faceted nebula vortex started stretching their way down the Stairs. Each one wrapped around a road sign, pointing in every direction possible.

Tom realised that whatever was happening wasn’t over just yet. A tentacle wrapped itself tightly around him, causing the road sign to point upwards. Tom smiled as he read the words To Icewolf’s written upon it…

The tale continues over on Icewolf’s blog… or maybe it restarts over there. (Eagle-eyed viewers may notice a new actor portraying Tom in this post, but only if you look very carefully) 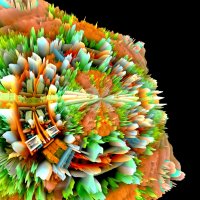 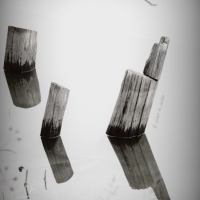 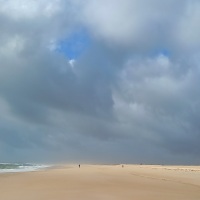 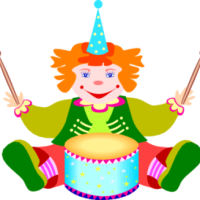 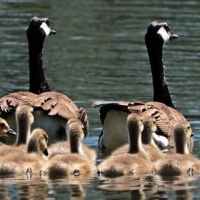 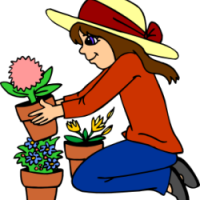 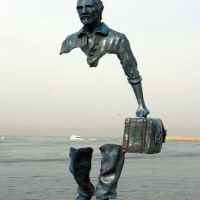 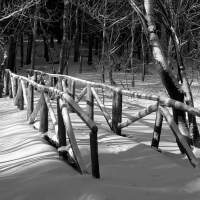 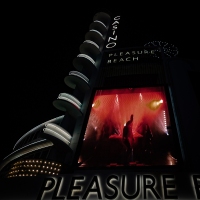 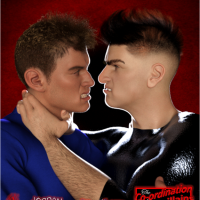 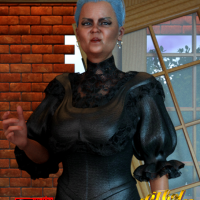 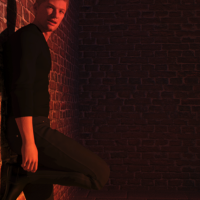 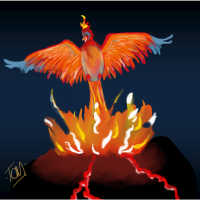 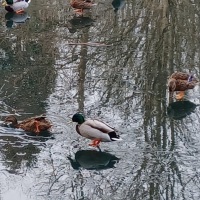 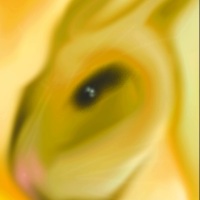 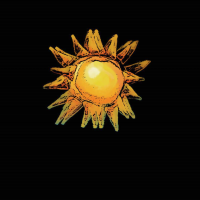 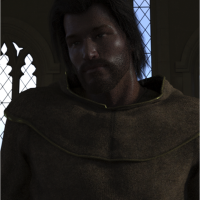