“What were your grandparents’ names?” Kate asked James, “They may spark some kind of memory with me.” She was now on her third cup of coffee, all thanks to Olivia, and was feeling much better.

“Edith and Malcolm Bletherington.” James replied. “They worked together for a short while. They both had something to do with films or TV themselves, if I remember rightly.” His voice faded, he didn’t want to say any more.

“So you never met them?” Kate asked.

“No. I’ve seen photos of them and the house, and heard stories from my mum about Nanna and Grandpa but never met them myself.”

Gemma walked down the spiral staircase again, carrying a large black frame. Once again she looked over at James and smiled. “I thought so.” she said, grinning wider. She turned the frame around so everyone in the living room could see the picture. It was a movie poster of a scene of a rowing boat on a still water lake, with an image of a woman’s face over the top, appearing to be deep in thought. The title of the film was beneath the boat, The Lakeside Temptress, and below the title, the words ‘starring Pennine Frost’. “You’re the spitting image of her!”

“That’s her!” James said. “That’s my Nanna when she was younger! She went by Pennine Frost on screen. That was her starring role, and where she and Grandpa met. She’d love to know that actresses were living in her old house, I’m sure.”

The telephone rang and Olivia left the living room to answer it in the hallway.

“I knew you looked familiar, but couldn’t place it.” Gemma explained. “When I got cramp, I ran upstairs to stretch my legs and then realised when I saw this poster on the wall. This had been left in the loft, and we found it the other week, as Kate’s converting it into another bedroom. I love old films. I feel star struck!”

Gayle smiled but said nothing.

Olivia returned to the living room, smiling herself. “That was Danny, Danny Pearce, the director. They’ve had a change of heart, and they want us all back on set. They’ve decided not to replace us after all. They want us to get back to the studios for filming tomorrow!” All four girls danced around the room with glee. James now smiled, wondering if his Nanna had somehow had anything to do with this.

“Wait a minute…” Gayle stopped dancing. “Danny Pearce? Pearce? That’s broken my dream from last night. I was walking down Raxmand Avenue, when someone, I don’t know who, came up to me on a bike and said they were after me.”

“I don’t know that either – you know how dreams are! But, I was wanted in connection with the murder of Vivian Pearce. I said to the man on the bike, ‘Vivian Pearce? Don’t be daft, she was murdered back in 1837.’ and he said well you have links to her.” Gayle looked puzzled. “I don’t suppose you’re related to a Vivian Pearce as well, James?” she asked.

“Not that I know of… what would the chances of that be anyway?” He took the framed picture off Gemma and looked at his Nanna’s face. He saw her ‘trademark identifier’ one star in the corner, and smiled. 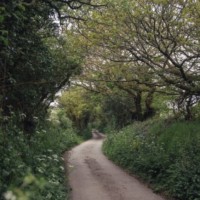 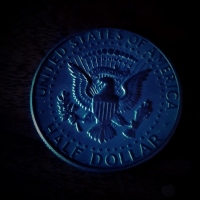 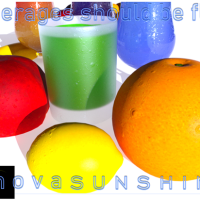 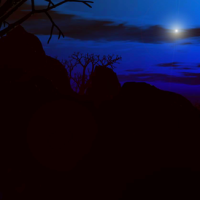