I’ve done a little research, and, even though I’ve never heard of them, there IS a UK Space Agency, that was founded in March 2010.

Looking at this ‘new’ room in my Mansion, the set up here is completely out-dated, and wouldn’t be part of any modern day space exploration program, I would think.

Cobwebs seem to be holding a lot of the equipment together, and everywhere is literally caked with dust. This room hasn’t been used in at least thirty years. Somebody tried really hard to make sure this room was well hidden, but you’d have thought they’d have gone a little further than just wallpapering over a door that opens into the room – without even locking it first!

It’s as though they wanted the room to be discovered at some point.

I’ve found the source of the beeping, and it’s a small table-top computer along the back wall. I’m amazed it still works – but it also gives me a little clue as to why my electricity bills seem to be very high on occasion!

I say small table-top computer, but the table fills the whole back wall, and the tower unit takes up half of it. It’s still smaller than the other equipment in the room. At the other end of the table is a monitor.

I found the power button, and the screen, well, I wouldn’t exactly say burst into life, but it kind of fizzled in. Green text blinked into existence, with a flashing block curser at the end.

Only now I discovered the snag. No keyboard. How can I hit enter without a keyboard? I looked around the room, and other machines had keyboards attached, so why didn’t this one? I looked along the table, and I caught sight of a white cable which looped behind the back of the rather large unit.

I looked behind, and found the keyboard and a folder. A simple beige folder.

Being nosy, I had a look inside, and found a single slip of paper. Typed upon it were the words “The Two Wolves: Dziban”, and on the next line “Psi Draconis”.

Nothing else, just that.

Being ever more nosy, I hit enter on the keyboard, and a clattering sound behind me shocked me to look away from the monitor. And, much to my relief, the beeping stopped.

From the ceiling unfurled a yellowed projector screen, which was slightly tattered around the edges. And from the wall behind the computer a projector appeared from behind a sliding door. Quite good for early technology, I thought, although I wouldn’t really have a clue. And on the screen was a grainy image.

This is the second part of a three-part storyline. For part one, click here, and for part three, click here. 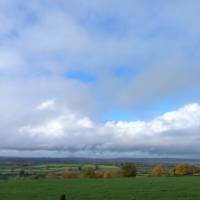 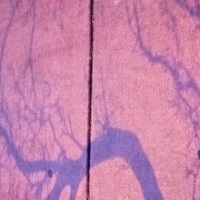 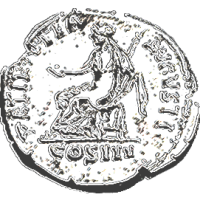