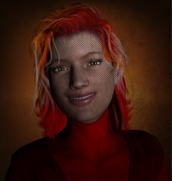 Hello. I’m the Crimson Songbird, and I’m a member of the Elite Force of Britain. We all have bad days from time to time, and us superheroes are no different, especially when we have bands of supervillains to deal with. Take this report, for instance, that appeared recently in one of our local newspapers.

Please note that some of the details in the report do not match the artist’s impression that appeared with the report in the newspaper. Speculation has it that the artist may have connections with this new band of supervillains and tried to make matters appear worse than they actually were… and in our own back yard to boot. Strangely, I do remember these events, although I remember them slightly differently to how they were reported. Please, read on…

A new band of merciless supervillains have taken up residence in Mid, the home of the Elite Force of Britain. Their numbers are, at present, unknown, as is the exact location of their secret headquarters, but three of their membership appeared at once in an almighty battle with the Crimson Songbird by the Mid Memorial Tower in the town centre. Luckily, the memorial survived the attack, whereas in other battles between superheroes and supervillains statues and memorials are usually demolished beyond recognition.

The only damage in this onslaught was to Crimson Songbird’s reputation, as each supervillain in turn used their weather-based powers to pass her between them as though they were throwing a beach ball.

Every time Crimson Songbird tried to use her lullaby technique to subdue her opponents, the male member of the trio, who called himself ‘Thunder’ conjured up some deafening thunder claps that simply drowned out the heroine’s dulcet tones.

The blonde ‘Cyclone’ was the one who kept Crimson Songbird airborne and moved her between the three of them, not allowing the Songbird to touch the ground or gain her composure. The final member of this despicable trio called herself ‘Fury’, and she was poking Crimson Songbird with bursts of energy. She called them solar bursts, as she mocked the hapless superhero.

A small crowd had gathered to watch the events, with several of them trying to intervene to help. They were pushed back by Cyclone, but Crimson Songbird was also seen gesturing for them to stand back.

The so-called Weathermen then upped the ante with Cyclone bringing forth rain from thunder clouds created by Thunder. Fury added a few solar bursts that seemed to generate lightning, which, once again, was used against Crimson Songbird.

The Weathermen had miscalculated the effects of their powers, however, and from the rooftop of the Mid Savings Bank a strong and icy wind suddenly appeared. Stronger and stronger it grew; and with its strength the cooler and colder it got. Within a minute the memorial and the surrounding area, together with the three villains and Crimson Songbird were frozen in place by intersecting icicles.

The EFB’s Icewind had saved her colleague and captured the three assailants, whose motive for the attack is currently not clear, although being frozen by a colleague must just add to Crimson Songbird’s embarrassment woes.

At the time of printing, nobody within the EFB were available for comment, although a statement was provided from Crimson Songbird thanking all those who stepped out to help her. 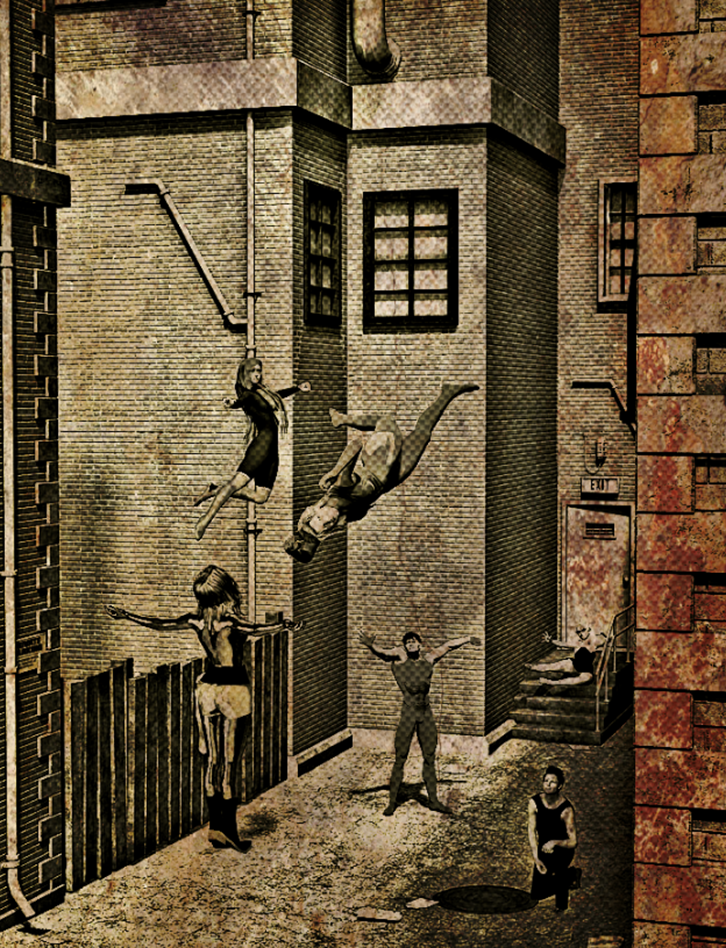 4 thoughts on “The Superhero Diaries 5.7: Frozen”