Devilla returned to the lounge with a tray holding three glasses of water. She handed one of the glasses to Lady S, and the others to Scott and Icewolf. Lady S took a large gulp of her water, when she suddenly noticed the smell. And then the putrid taste.

“Gack!” Lady S spluttered. It was too late for her to spit the water back into the glass, not that a lady of her standing would ever do so anyway. “This water’s off! It’s rancid. It tastes of old metal.”

Scott and Icewolf decided not to have a drink.

Devilla took the glasses from her guests. “I’m so sorry about that. It looks as though we’ve problems with the water supply now as well. I’ll get you a fresh glass.”

“No. No, thank you,” Lady S was now sucking on a mint she’d retrieved from her handbag. “I’m not that thirsty, actually.” She laughed, mostly to make herself feel better.

Icewolf screamed. Scott and Lady S almost left their seats in fright. To Icewolf’s left, in the doorway that led to the front door, she’d noticed another figure standing silently, dressed in a long white nightdress. The figure was also wearing sunglasses, and appeared to be the image of Devilla.

“Gothicka doesn’t like the dark,” Devilla explained as she returned into the lounge, “the sunglasses help to remove her fear of it.”

Icewolf wasn’t sure what she made of that explanation, but decided to let it go. Her heart was pounding, but she looked toward Gothicka and smiled. She wasn’t sure if Gothicka had seen her. She wasn’t actually sure where exactly Gothicka was looking. She was brought abruptly out of her ponderings by Lady Salinger-Wallis’ comment.

“If I could just use your telephone we’ll be on our way. We really shouldn’t impose ourselves like this.”

“Yes, of course,” Devilla said. “The telephone is in the parlour, by the front door. Gothicka, could you show Mrs”

“Lady. Lady Salinger-Wallis. Pleased to meet you.” Lady S interrupted with one of her friendly laughs.

“Sorry, Lady Salinger-Wallis to the parlour.”

Lady S bit her lip. She saw Scott smile toward her and nod, and she stood to follow Gothicka. A loud knocking came from the ceiling above them.

Scott and Icewolf watched as Lady S, Gothicka and Devilla left the lounge. Devilla turned right outside the door and could be heard running up the wooden staircase. And in the darkened corridor, the faint shadowy figures of Gothicka and Lady S disappeared into the darkness.

The door to the parlour creaked open, and Gothicka allowed Lady S to enter. She pointed to the telephone table in the corner, and left her in the room. She closed the door behind her, and rejoined the others in the lounge.

Lady S obtained her torch from her handbag, and aimed the bright light toward the corner of the room. The telephone table was where she’d been directed, and a very old-fashioned, cobweb covered telephone sat atop it. She looked around the parlour. Sheets covered what furniture was in the room. The walls had outlines of where pictures had been on them, but whatever had been on the walls had been long removed. Thick, heavy cobwebs hung everywhere. And the room smelled very musky indeed.

She removed some of the cobwebs and dusted off the telephone with her handkerchief, and lifted the receiver. There was no dial tone. She pressed the plunger several times, but still the phone wouldn’t work. She then noticed the frayed cable hanging out of the back of it. It wasn’t connected.

“Oh dear…” She thought again. She decided to go back to the lounge. It was beginning to dawn on her that something very strange was going on.

She tried to open the door, but it was locked solid. She rattled the handle and tried pulling it with all her strength, but it wouldn’t open. She knocked on the door.

In the lounge, Icewolf and Scott were oblivious to Lady S’s predicament. Devilla ran back down the stairs.

“Daddy! Mummy says the window in the spare room has been pushed in again by the branch, and she can’t fix it. The rain’s coming i…”. She noticed that Daddy had fallen asleep.

She looked toward Scott and Icewolf. “Could you help me with the window? This is a very old house, and every now and then the window just falls in. It’s too heavy for me and Gothicka to lift, and Daddy and Mummy couldn’t possibly do it.”

They both followed Devilla up the wooden staircase to the room that was directly opposite across the landing. Devilla showed them into the room. A cold wind met them inside, which they didn’t notice on the landing. The wind was strong enough to slam the door shut. The room itself was empty. And the window hadn’t fallen in. It was merely open. It was still raining heavily outside.

Scott closed the window. He looked at Icewolf. “Is it me, or does something not feel right?”

“Most definitely something doesn’t feel right!” Icewolf answered. “It didn’t feel right when we were outside on the road. On the driveway. At the front door. In the lounge. In here.”

Scott walked over to the door and tried to pull it open. It was stuck shut.

“You’re not going to believe this, Icewolf,” he said. “We’re locked in. The door seems to have warped and won’t open.” He pulled forcefully at the handle which came away from the door. He looked back at Icewolf and laughed. Mostly out of nerves.

He shouted to Devilla through the door, but got no response.

“She’s probably gone back downstairs again.” Icewolf suggested. She started stomping on the floor, in case Daddy, Devilla or Gothicka would hear her. She had another idea: to open the window and try shouting for help to the outside world. She found the window was locked shut also. She bit her lip.

“Something is not right here.” She said. 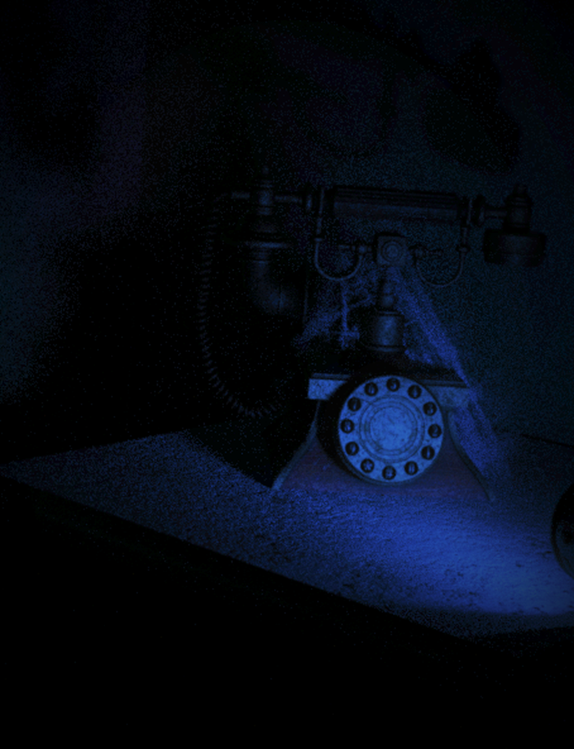 (This is a repeat presentation, originally posted in 2015) 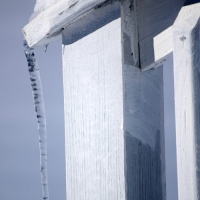 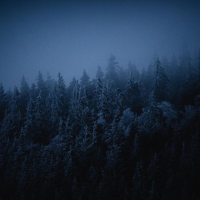 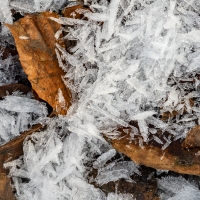 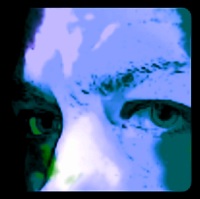