This is a post I never wanted to write.

Although always inevitable, one hoped it would be further in the future than now, but days and events come upon us so suddenly. A lesson, perhaps, to make the most of every day; of every moment of every day; for the time comes suddenly when such moments are gone.

My Mum took ill suddenly in October, a day after her 89th birthday. Since then, she remained in hospital, some days a lot better than others. She had infective endocarditis, an infection of the inside of the heart. The treatment was a six week intensive course of antibiotics, and, as the doctor told me, the prognosis isn’t good with this type of infection.

As I’ve just mentioned, some days were a lot better than others, and even the doctors were convinced the treatment was working. They were pleased, they told me, as Mum is a lovely lady. Not that they needed to tell me that.

But then the treatment started not working. Mum wasn’t getting any better, but she wasn’t getting any worse. They wanted to make plans for her to either go home, or go into a care home, where she would be made comfortable for the rest of her days. Mum’s choice, quite decisively, was to go home.

However, her health deteriorated again. My brother and I were allowed to go to sit with her in hospital, sometimes separately, sometimes together. Sometimes Mum was chatty, sometimes not. We held her hand whilst we were with her, making sure she was as comfortable as she could be.

On 24th December, as we were approaching the hospital car park, the doctor called. He would meet us when we arrived at the ward. Mum passed away at 11:56. We drove onto the car park at 12:00. We saw her again, and as usual held her hand, thanking her for being her; for being there for us; and for being a lovely lady. We wished her, one last time, Good Night, God Bless, and have a good sleep. I also asked her to let us know she was still with us, through feathers, coins or other unique ways we would know the sign was from her.

Christmas Eve?! People say, stepping back a second. Oh no, December 24th, I say. There’s a reason. We have a link to the numbers 13 and 24 in our family. Mum and Dad were born on the 24th. They married on the 13th. I was born on the 13th, on their anniversary. My brother was born on another 13th a couple of years later. My Dad passed away on the 24th a few years ago. And now Mum has passed on the 24th.

Some say the Angels communicate to us through number sequences, the numbers 1234 being one of them. Well, 1324 isn’t that far away, all things considered.

My brother found a feather in a box as we were sorting out her home, which took him aback a little. “Here’s your feather!” he said, handing it to me. “Thanks, Mum!” I smiled.

Mum used to write notes so she wouldn’t forget important things. The note she wrote on her birthday was Clocks go back one hour tonight. This was her last note. She had a battery-powered analogue alarm clock, which I set back for her on the day of the 25th, when she first started feeling unwell. As my brother and I were sorting out her home, I noticed that the clock had stopped. 10:56. One hour back form 11:56. And being an analogue clock, the hands pointed to 11 and 56.

So even though I can’t see Mum any longer, I can’t talk to her face to face, I can’t hug her (even though I couldn’t due to the current situation last year any way) I know she’s still with me. She even sent a bright white feather today. I can smell her perfume.

Years ago, I asked her, once she’d departed our mortal coil, if she’d come back to be my Guardian Angel. I’m seeing signs that she has. Although, thinking about it, she always has been.

This is the reason I’ve been absent from Blogland for so long. I will be returning soon, possibly posting once or twice a week to get back into the flow of things. I may never catch up with the posts I’ve missed on the blogs I follow, so will start reading all new posts and move forward from there.

Please remember, as I said at the beginning, make the most of every day. Time changes in a split second. Don’t leave it too late for the moment could soon be gone. 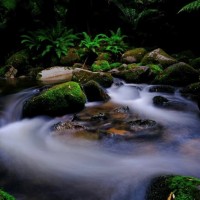 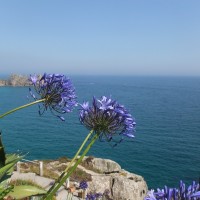