The Superhero Diaries 3.10: The Rancid Apple

The Elite Force of Britain: a group of superheroes who joined together to solve one town’s problems, and decided to stick together for the greater good. Like their predecessors who banded together many years ago, the Imperial Force of Great Britain, they, on occasion, work closely with government agencies around the world and other ‘important’ bodies.

One of these agencies is so top secret they don’t even have a name. The agents who work for them don’t even know that they are working for them. Well, didn’t. One of them found out and sold her story to a tabloid newspaper.

Here’s the article in full: 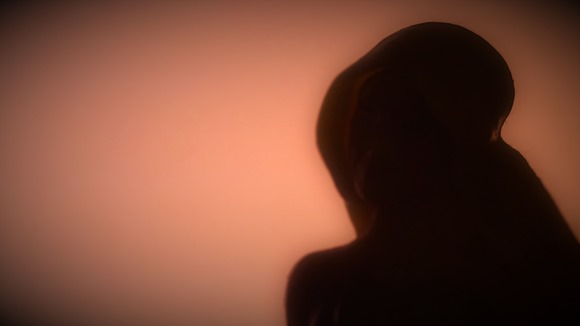 She didn’t look like a spy, but then again who does?

Slim, bordering thin, with large bright blue eyes that accentuated her dress, a brighter smile and long, long blonde hair, she sat across from me nervously playing with her hair. She wouldn’t look at me directly, instead looking over my shoulder towards the door behind me. The door was closed. Locked even by me, and I had the key in my pocket. But that didn’t seem to settle her nerves.

I gave her a glass of water, and her hand shook as she took a sip.

“I shouldn’t be here.” She quietly muttered, “Can we get this over with as quickly as possible.”

I wondered if she really was the person I was expecting to see. You wouldn’t expect a spy to be timid or nervous, and this twenty-something year old woman opposite me was both.

I began the interview by asking her name.

“Apple.” She replied, “And that’s all I’m saying. It’s my codename, apparently.”

Codenames. She still didn’t convince me she was a spy.

I asked her which agency she worked for.

“I don’t know.” She took another sip of water and briefly looked at me before returning her gaze to the door. “The agency is above all of the others and operates worldwide. The agents are, like me, normal everyday people who are going about their normal everyday lives, but are activated when needed.”

I asked for clarification on the ‘activated’ part.

“It’s how it’s described in the document I found. The agents are needed for some task and are activated by the agency in all kinds of different ways. It may be a phone call, or somebody walking passed them whistling a certain tune, or it could be a news story broadcast on the radio. Whatever fires the trigger sets the agent off to find out their task at hand and carry it out in full.

“It seems my latest task was to find this document and hand it over to you.”

She rummaged in her handbag and pulled out a folded beige folder and handed it to me. I opened it to find a single piece of A4 paper, with a few paragraphs of text on it.

“Read the document, and then do with it what you will. Somebody will be along soon to interrupt us which is why I’m keeping my eye on the door. Hurry now.”

I started to get the feeling she really was a spy. Her nervous composition gone; she sat upright but slightly leant towards me in her chair.

The text included just enough information to trigger questions in my mind. ‘Britain’s Ultra Top Secret service (BUTS); the Infiltrated Facilitators (IFs); the triggers, this agent codenamed ‘Apple’, and a direct reference to a member of the Elite Force of Britain (EFB) being involved in spying for ‘the enemy’. The direct reference didn’t mention their name, however.

I asked Apple where she obtained the document, which had no indications to where it was from, or its authenticity for that matter. She could have typed it up herself and brought it in for a quick buck.

She stopped talking and looked toward the door again which opened with the marketing executive exclaiming “There, told you it wasn’t locked – it was jammed” as he walked into the room with three colleagues.

The fact that I had the key in my pocket made me wonder if I had locked the door, but I had. I knew I had. Apple looked at me and nodded, her nervous composure was back. She was playing with her hair again and biting her lip.

“Sorry,” the marketing executive said when he saw us in the room, “we need this room for an urgent meeting and the news director has told us to make sure you let us have it, no ifs or buts. Something big’s going down, and it involves the EFB for some reason. Again.”

And so the interview was cut short. Apple dashed out of the room without so much as looking back. I had a head full of questions which I will now go away and look into further.

I have the feeling that I now also work for this Ultra Top Secret agency after being ‘activated’ in such a manner. I wonder if my task is to question things. Or maybe just to observe and write about what I see, which, if so, is something I was ‘activated’ to do a long time ago.

And I never paid Apple for her interview.

The Superhero Diaries will return in due course. 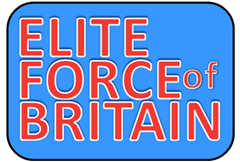 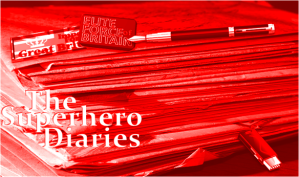 ← Creepy!
The Ice Wolf of Europa →

6 Comments on “The Superhero Diaries 3.10: The Rancid Apple”